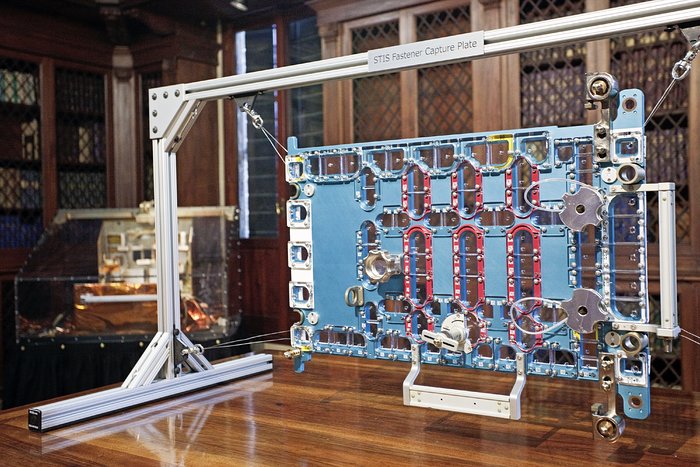 This image shows the STIS fastener capture plate, a specialised tool used by astronauts during Hubble Servicing Mission 4 in 2009. The STIS fastener capture plate is attached over the cover of the Space Telescope Imaging Spectrograph (one of Hubble’s science instruments) and captures screws as they are removed from the instrument. This image was taken at the “Il telescopio spaziale Hubble alle frontiere dell’universo” exhibition in Venice, Italy in October 2010.