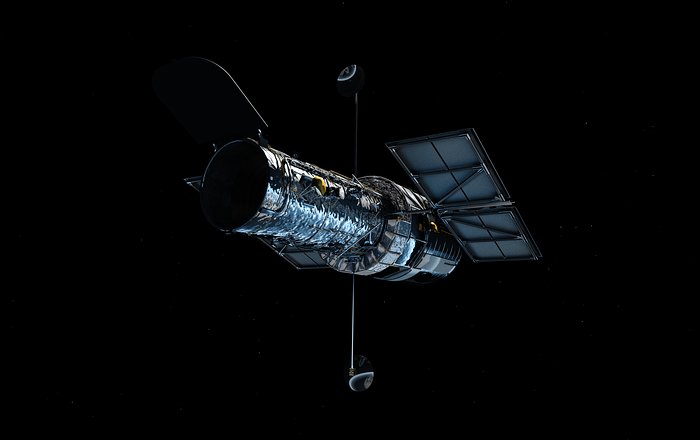 This artist's concept shows the NASA/ESA Hubble Space Telescope in orbit around the Earth. The telescope's current appearance is the result both of its original design, and the modifications made during five servicing missions. In particular, the most recent set of solar panels, visible here, substantially changed the appearance of the telescope when they were installed during Servicing Mission 3B in 2002. They are smaller than the older panels, and produce significantly more power.