Hubble/Chandra/Spitzer composite image of NGC 602, in the “wing” of the Small Magellanic Cloud 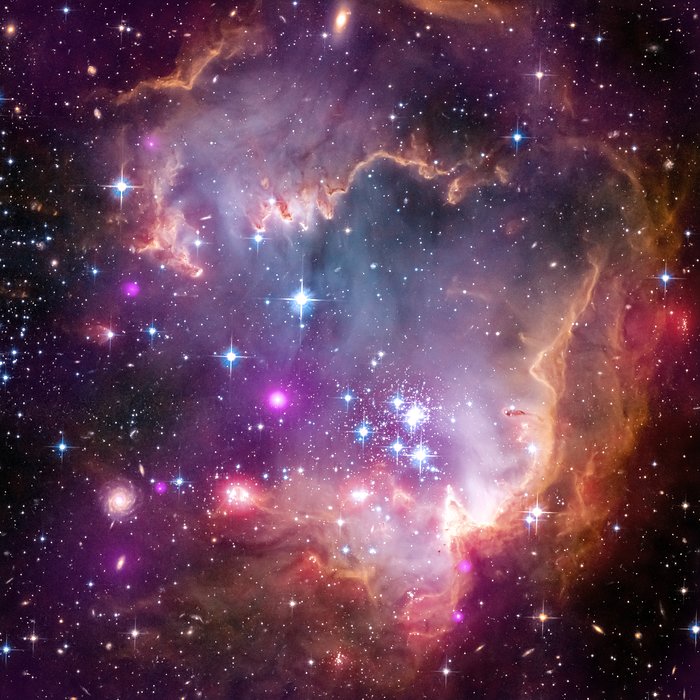 NASA’s Chandra X-ray telescope has made the first detection of X-ray emission from young solar-type stars that lie outside our Milky Way galaxy. They live in a region known as the “Wing” of the Small Magellanic Cloud, a satellite galaxy of our Milky Way.

X-rays from young stars trace how active their magnetic fields are. Magnetic activity provides clues to a star’s rotation rate and the rising and falling of hot gas in the star’s interior. Astronomers suggest that if the X-ray properties of young stars are similar in different environments around our galaxy, then other related properties, such as the formation of planets, are also likely to be similar.

In this composite image of the Wing from NASA’s Great Observatories, the Chandra data are shown in purple; visible light seen by the NASA/ESA Hubble Space Telescope is in red, green, and blue; and infrared data from the Spitzer Space Telescope are coloured red.