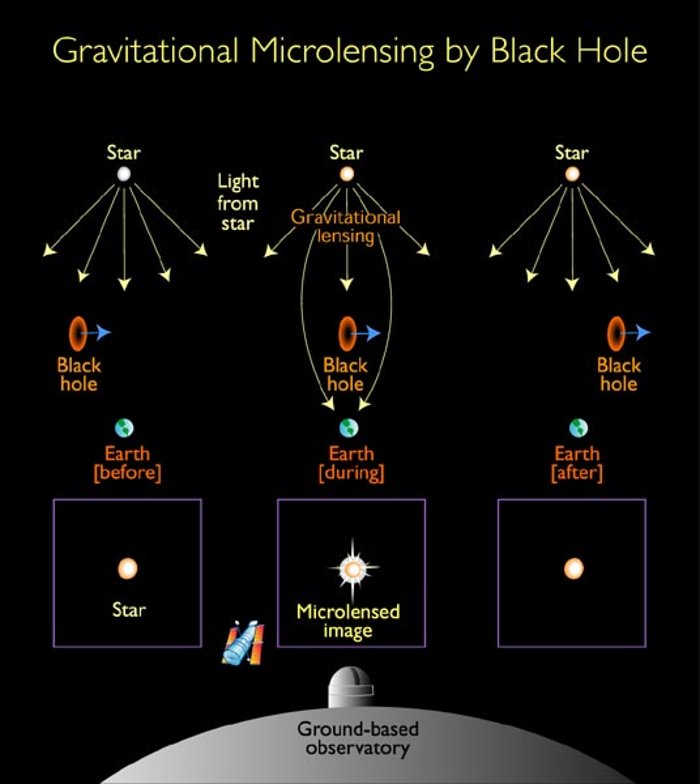 The intense gravitational field of a foreground black hole acts like a powerful lens in space. In the diagram, the black hole 'lens' distorts and brightens the image of a background star. The gravitation lens smears the star's image into two banana-shaped images with a total surface area several times that of the original stellar disk.

Though the angular separation is shown here, it is 100 times smaller than what HST can resolve. Hence the phenomenon is called 'microlensing'. HST and other telescopes instead see a brightening of the Star as the black hole drifts by, but they do not resolve the multiple images.