The multiple star system of HH 111 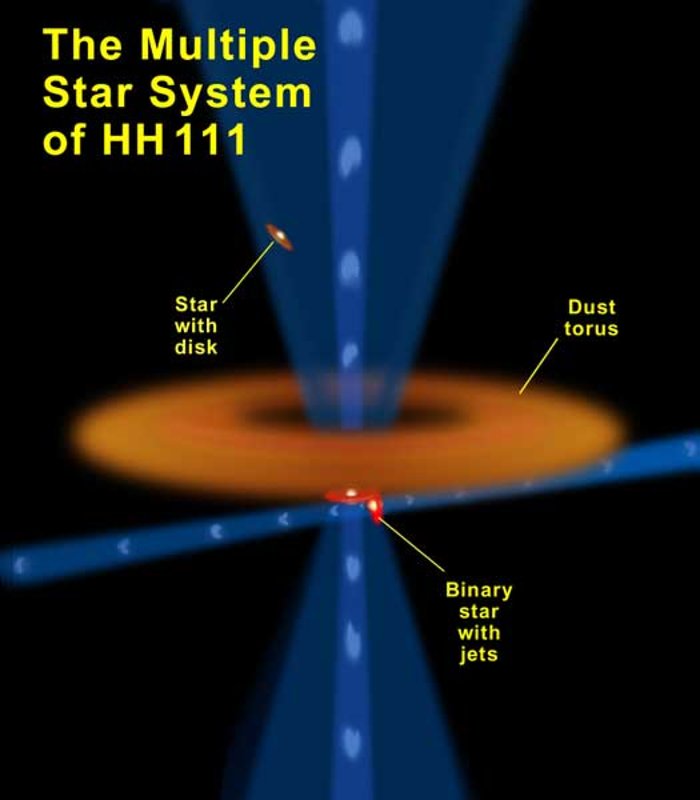 A trio of newborn stars, 1,400 light-years away are taking part in a complex dance, as revealed by recent NASA Hubble Space Telescope (HST) observations. As shown in this diagram, two are now closely embracing each other, while the third has parted from their company. These stars are located near a huge torus, or donut, of gas and dust from which they formed.