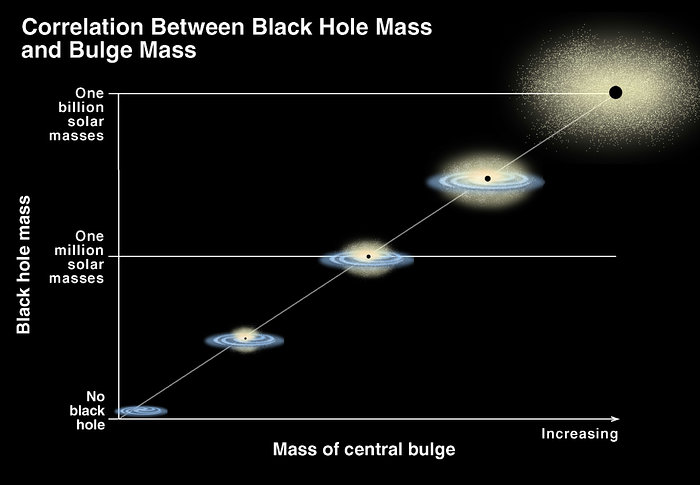 The results now show a close relationship between the black hole mass and the stars that comprise an elliptical galaxy or the central bulge stars of a spiral galaxy. But surprisingly, an even tighter correlation is found. 'Other observations of the entire stellar mass of the bulge show a very tight relationship between a black hole's mass and the depth of the gravitational potential well as measured by the magnitude of random velocities of stars in the galaxy's hub. This bolsters the conclusion that the mass correlation is real, ' says Gebhardt.