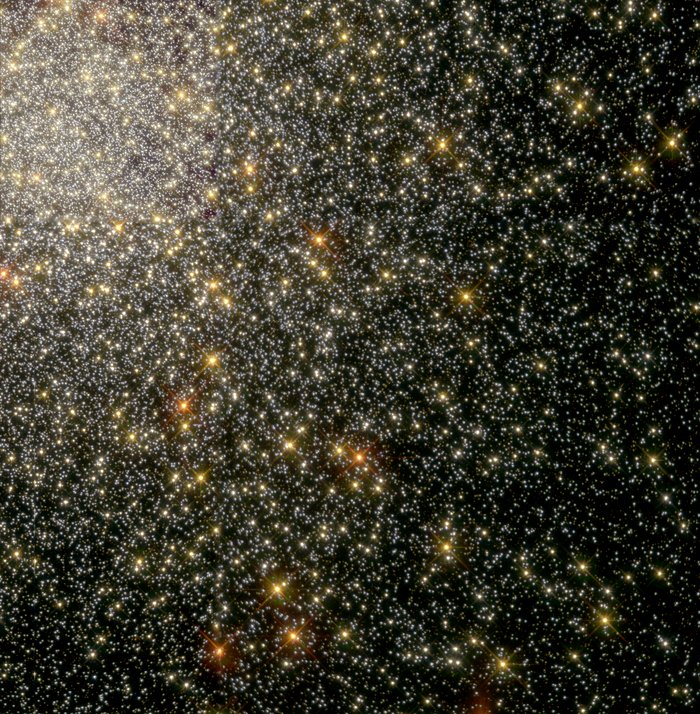 This image shows the Hubble telescope's close-up look at a swarm of 35, 000 stars near the cluster's central region. The stars are tightly packed together: They are much closer together than our Sun and its closest stars.

The picture, taken by the Wide Field and Planetary Camera 2, depicts the stars' natural colours and tells scientists about their composition and age. For example, the red stars denote bright red giants nearing the end of their lives; the more common yellow stars are similar to our middle-aged Sun.