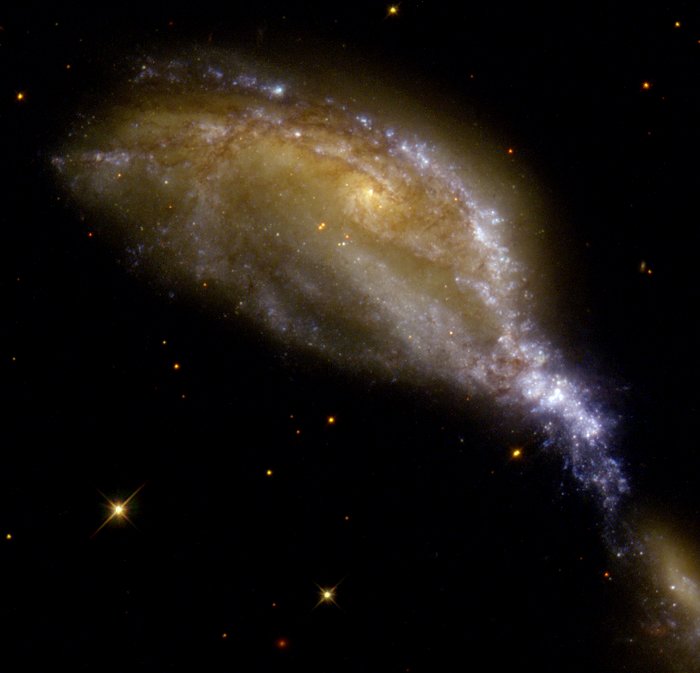 What appears as a bird's head, leaning over to snatch up a tasty meal, is a striking example of a galaxy collision in NGC 6745. A large spiral galaxy, with its nucleus still intact, peers at the smaller passing galaxy (nearly out of the field of view at lower right), while a bright blue beak and bright whitish-blue top feathers show the distinct path taken during the smaller galaxy's journey. These galaxies did not merely interact gravitationally as they passed one another, they actually collided.