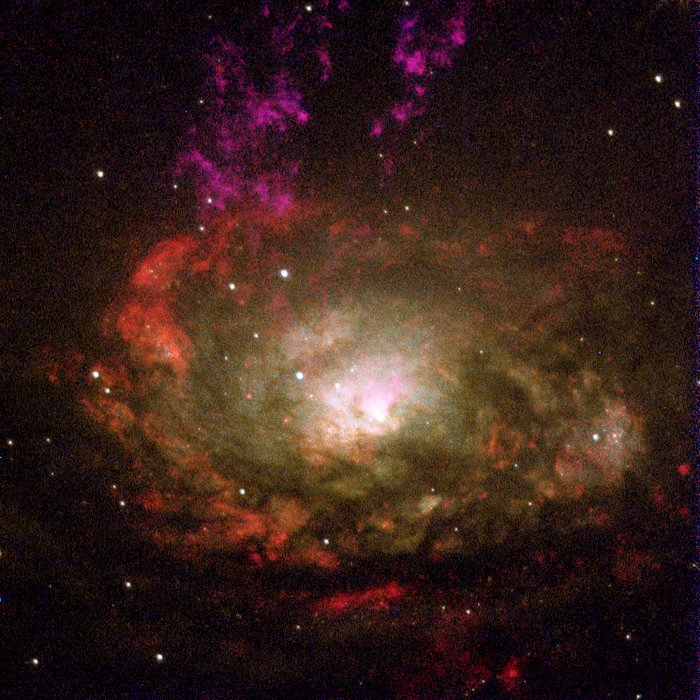 Resembling a swirling witch's cauldron of glowing vapors, the black hole-powered core of a nearby active galaxy appears in this colorful NASA/ESA Hubble Space Telescope image. The galaxy lies 13 million light-years away in the southern constellation Circinus.

This galaxy is designated a type 2 Seyfert, a class of mostly spiral galaxies that have compact centers and are believed to contain massive black holes. Seyfert galaxies are themselves part of a larger class of objects called Active Galactic Nuclei or AGN. AGN have the ability to remove gas from the centers of their galaxies by blowing it out into space at phenomenal speeds. Astronomers studying the Circinus galaxy are seeing evidence of a powerful AGN at the center of this galaxy as well.