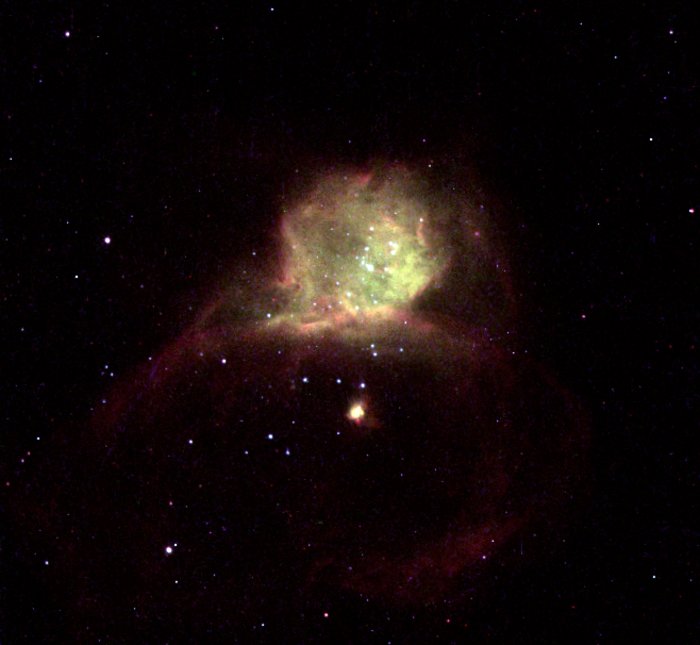 The saying 'X' marks the spot holds true in this NASA/ESA Hubble Space Telescope (HST) image where Hubble-X marks the location of a dramatic burst of star formation, very much like the Orion Nebula in our Milky Way galaxy, but on a vastly greater scale.

Hubble-X is a glowing gas cloud, one of the most active star-forming regions within galaxy NGC 6822. The name Hubble-X does not refer to the shape of the gas cloud, but rather is derived from a catalog of objects in this particular galaxy.