Proplyd in the Orion Nebula 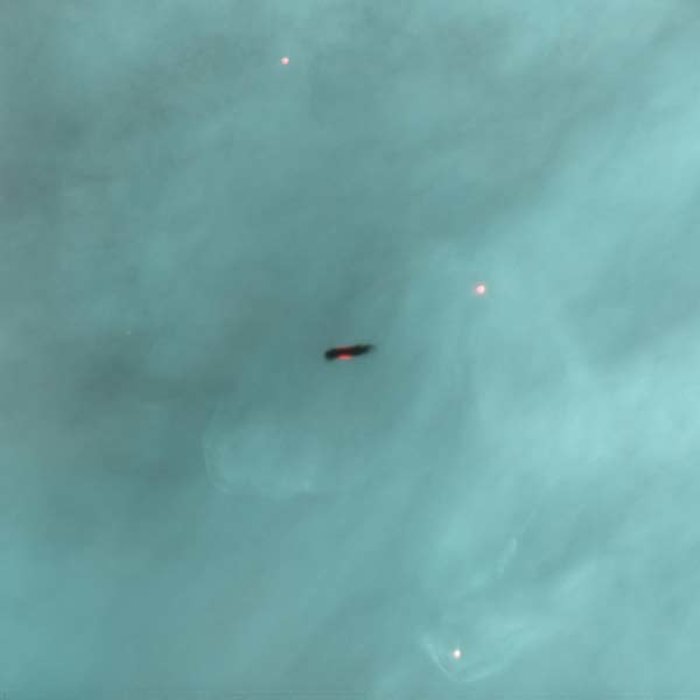 Planet formation is a hazardous process. This image, taken by the NASA/ESA Hubble Space Telescope, shows a dust disk around an embryonic star in the Orion Nebula being 'blowtorched' by a blistering flood of ultraviolet radiation from the region's brightest star. Within such a disk are the seeds of planets. The doomed system looks like a hapless comet, with a wayward tail of gas boiling off the withering, pancake-shaped disk.

A protoplanetary disk seen in silhouette against the Orion Nebula.