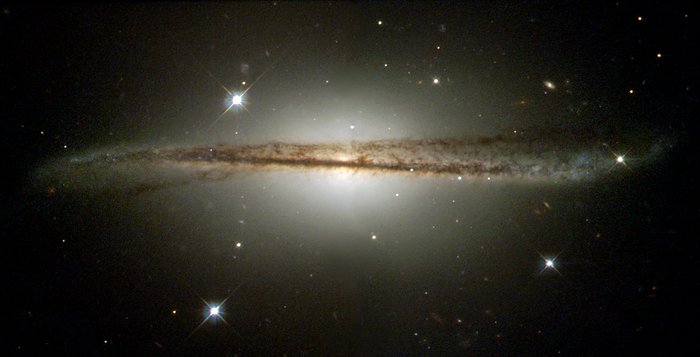 The Hubble telescope has captured an image of an unusual edge-on galaxy, revealing remarkable details of its warped dusty disk and showing how colliding galaxies spawn the formation of new generations of stars. The dust and spiral arms of normal spiral galaxies, like our own Milky Way, appear flat when viewed edge-on. This Hubble Heritage image of ESO 510-G13 shows a galaxy that, by contrast, has an unusual twisted disk structure, first seen in ground-based photographs.