The best Earth-based view of Mars ever 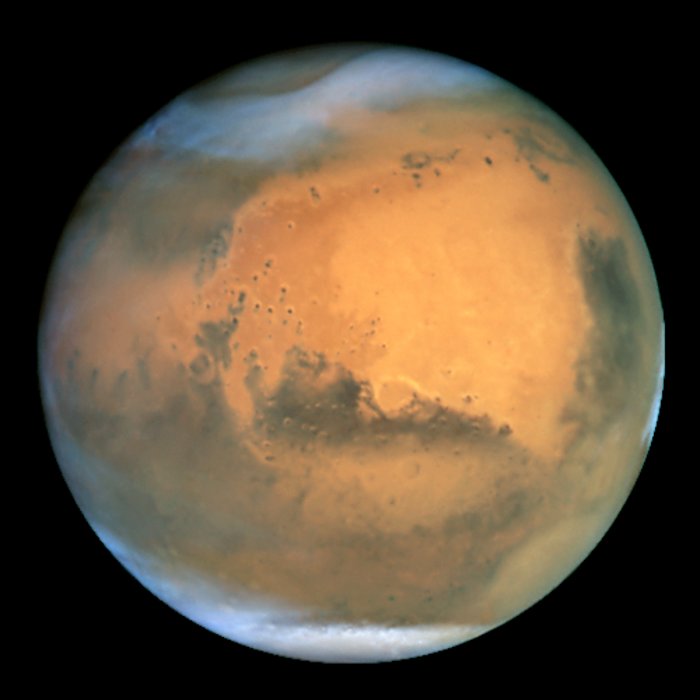 Frosty white water ice clouds and swirling orange dust storms above a vivid rusty landscape reveal Mars as a dynamic planet in this sharpest view ever obtained by an Earth-based telescope. The Earth-orbiting Hubble telescope snapped this picture on June 26, when Mars was approximately 43 million miles (68 million km) from Earth - its closest approach to our planet since 1988. Hubble can see details as small as 10 miles (16 km) across. Especially striking is the large amount of seasonal dust storm activity seen in this image. One large storm system is churning high above the northern polar cap [top of image], and a smaller dust storm cloud can be seen nearby. Another large duststorm is spilling out of the giant Hellas impact basin in the Southern Hemisphere [lower right].