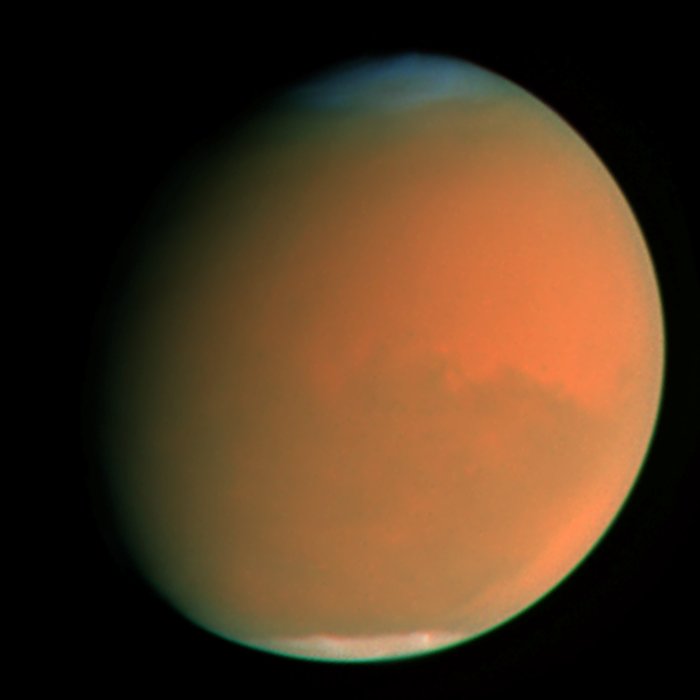 Two dramatically different faces of Mars, our Red Planet neighbour, appear in these comparison images showing how a global dust storm engulfed Mars with the onset of Martian spring in the Southern Hemisphere. When the NASA/ESA Hubble Space Telescope imaged Mars in June 2001, the seeds of the storm were caught brewing in the giant Hellas Basin (oval at 4 o'clock position on disk) and in another storm at the northern polar cap.

When Hubble photographed Mars in early September, the storm had already been raging across the planet for nearly two months obscuring all surface features. The fine airborne dust blocks a significant amount of sunlight from reaching the Martian surface. Because the airborne dust is absorbing this sunlight, it heats the upper atmosphere. Seasonal global Mars dust storms have been observed from telescopes for over a century, but this is the biggest storm ever seen in the past several decades.