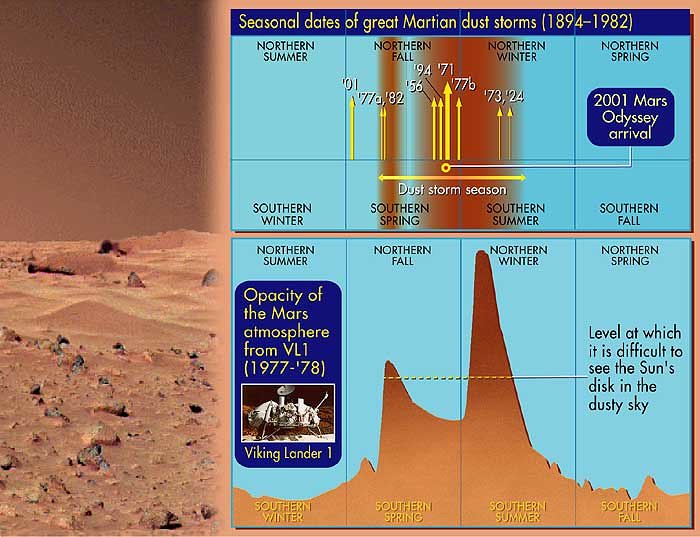 This image shows the seasonal dates of great Martian dust storms from 1894 to 1982.

A pair of eagle-eyed spacecraft - the NASA Mars Global Surveyor (MGS) and NASA/ESA Hubble Space Telescope - are giving amazed astronomers a ringside seat to the biggest global dust storm seen on Mars in several decades. The Martian dust storm, larger by far than any seen on Earth, has raised a cloud of dust that has engulfed the entire planet for several months.