Peering into the Core of a Globular Cluster 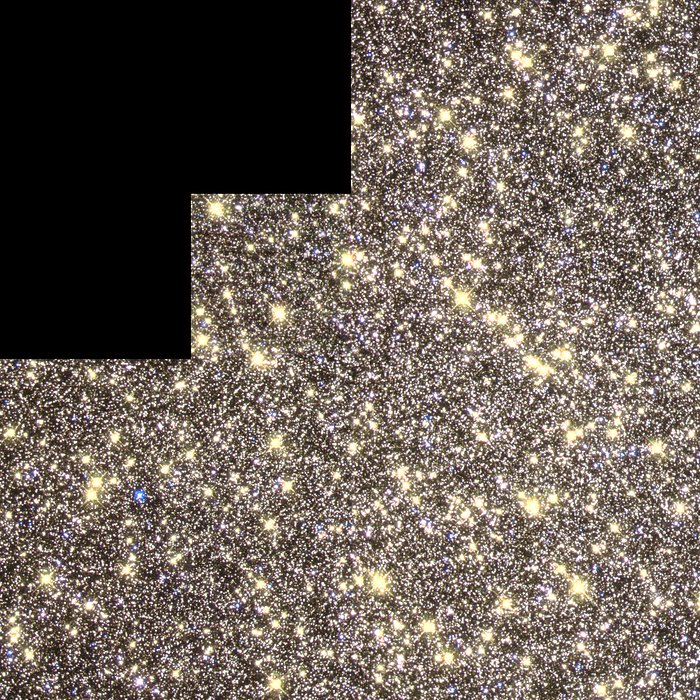 Astronomers have used NASA/ESA Hubble Space Telescope to peer into the centre of a dense swarm of stars called Omega Centauri. Located some 17, 000 light-years from Earth, Omega Centauri is a massive globular star cluster, containing several million stars swirling in locked orbits around a common centre of gravity. The stars are packed so densely in the cluster's core that it is difficult for ground-based telescopes to make out individual stars. Hubble's high resolution is able to pick up where ground-based telescopes leave off, capturing distinct points of light from stars at the very centre of the cluster.