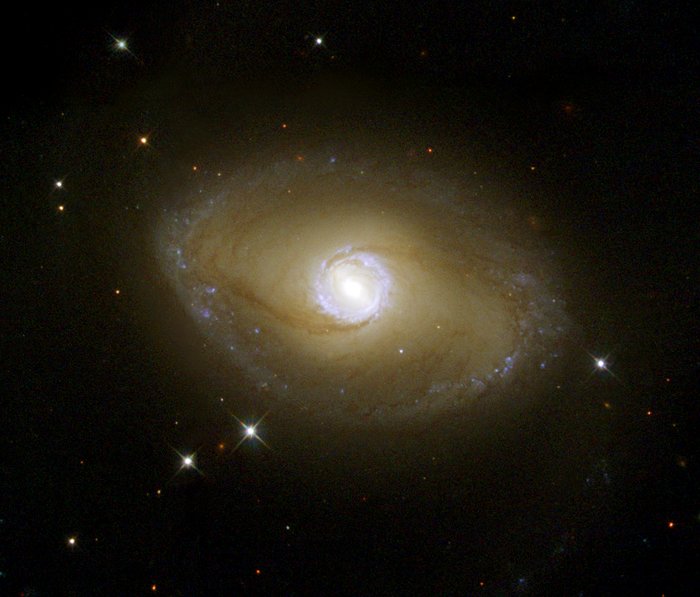 The appearance of a galaxy can depend strongly on the colour of the light with which it is viewed. This Hubble Heritage image of NGC 6782 illustrates a pronounced example of this effect. This spiral galaxy, when seen in visible light, exhibits tightly wound spiral arms that give it a pinwheel shape similar to that of many other spirals. However, when the galaxy is viewed in ultraviolet light with NASA/ESA Hubble Space Telescope, its shape is startlingly different.