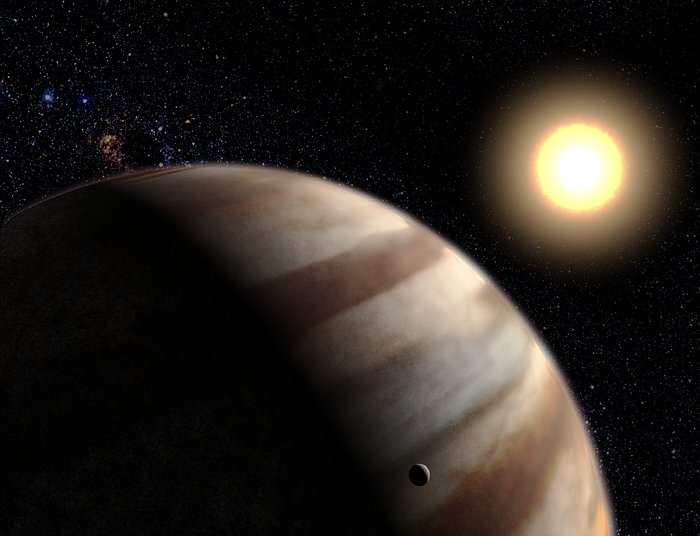 Astronomers using the Hubble Space Telescope have made the first direct detection of the atmosphere of a planet orbiting a star outside our solar system.

Their unique observations demonstrate that it is possible with Hubble and other telescopes to measure the chemical makeup of alien planet atmospheres and to potentially search for the chemical markers of life beyond Earth.

The planet orbits a yellow, Sun-like star called HD 209458, located 150 light-years away in the constellation Pegasus.