A bow shock near a young star 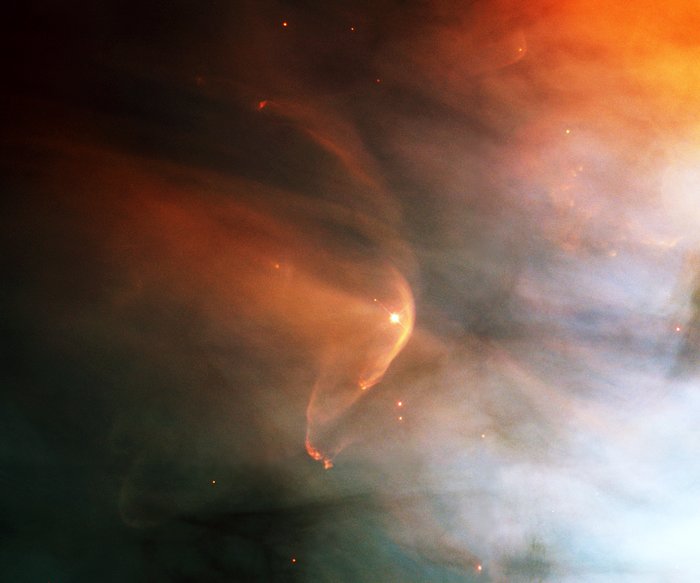 The Hubble Space Telescope continues to reveal various stunning and intricate treasures that reside within the nearby, intense star-forming region known as the Great Nebula in Orion. One such jewel is the bow shock around the very young star, LL Ori, featured in this Hubble Heritage image.