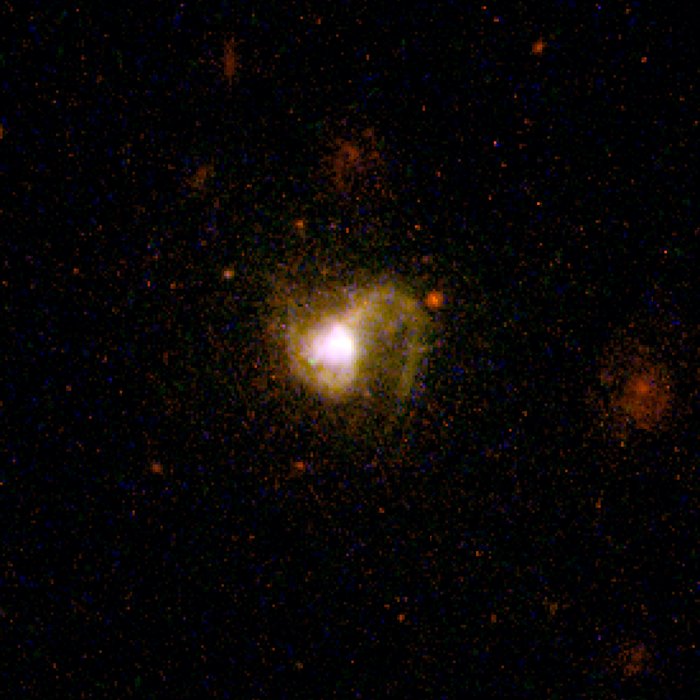 New detailed images from the NASA/ESA Hubble Space Telescope show a 'late-blooming' galaxy, a small, distorted system of gas and stars that still appears to be in the process of development, even though most of its galactic cousins are believed to have started forming billions of years ago.

Evidence of the galaxy's youthfulness can be seen in the burst of newborn stars and its disturbed shape. This evidence indicates that the galaxy, called POX 186, formed when two smaller clumps of gas and stars collided less than 100 million years ago (a relatively recent event in the universe's 13-billion-year history), triggering more star formation. Most large galaxies, such as our Milky Way, are thought to have formed the bulk of their stars billions of years ago.