Quaoar's orbit in the Solar System 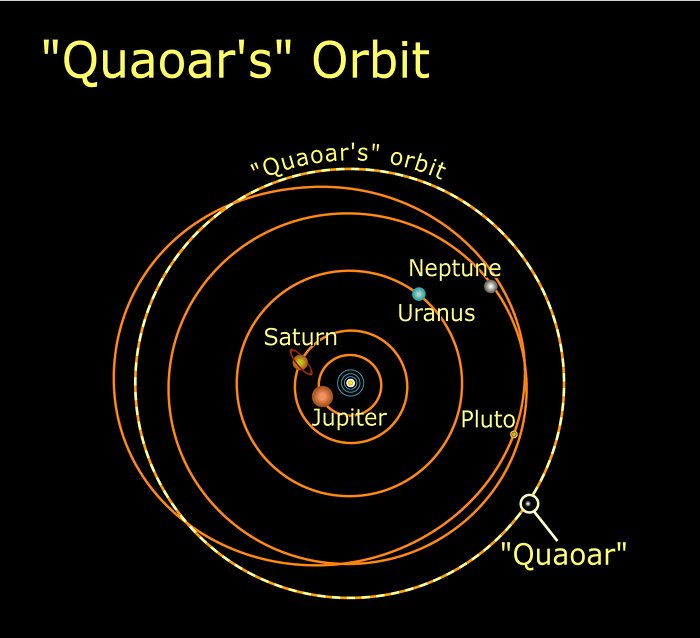 NASA's Hubble Space Telescope has measured the largest object discovered in the solar system since the discovery of Pluto 72 years ago. Approximately half the size of Pluto, the icy world is called "Quaoar" (pronounced kwa-whar). Quaoar is about 4 billion miles away, more than a billion miles farther than Pluto. Like Pluto, Quaoar dwells in the Kuiper belt, an icy belt of comet-like bodies extending 7 billion miles beyond Neptune's orbit.

NASA/ESA and A. Feild (STScI)