Quaoar's size compared with Pluto, Earth's Moon, and the Earth 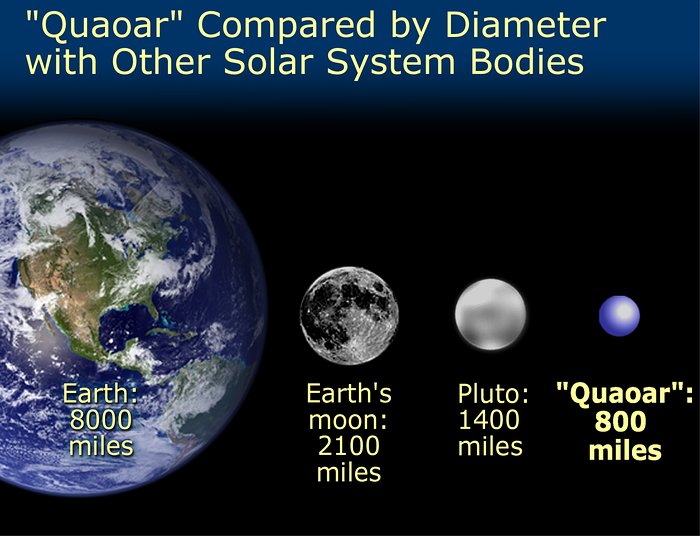 Approximately half the size of Pluto, the icy world 2002 LM60, dubbed "Quaoar" (pronounced kwa-whar) by its discoverers, is the farthest object in the solar system ever to be resolved by a telescope.

NASA/ESA and A. Feild (STScI)