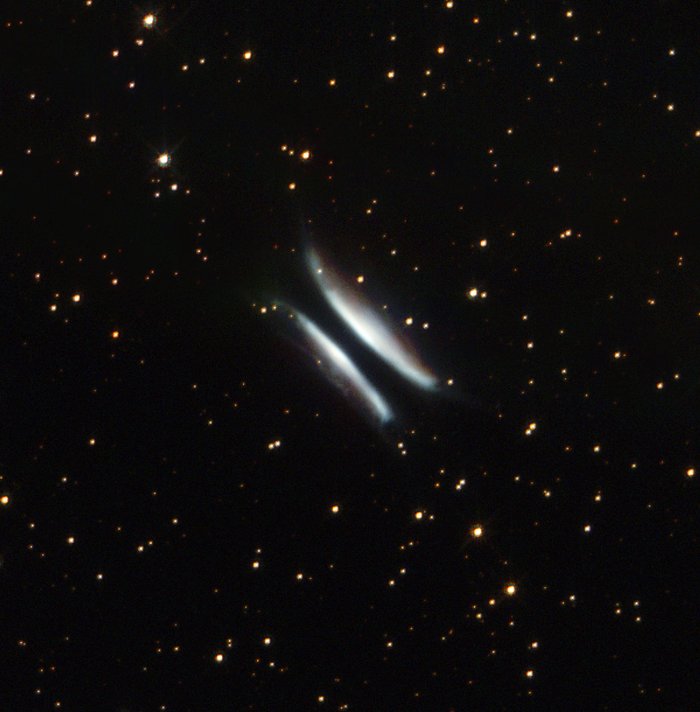 Hold the pickles; hold the lettuce. Space is serving up giant hamburgers. The NASA/ESA Hubble Space Telescope has snapped a photograph of a strange object that bears an uncanny resemblance to a hamburger.

The object, nicknamed Gomez's Hamburger, is a sun-like star nearing the end of its life. It already has expelled large amounts of gas and dust and is on its way to becoming a colorful, glowing planetary nebula. The ingredients for the giant celestial hamburger are dust and light. The hamburger buns are light reflecting off dust and the patty is the dark band of dust in the middle.