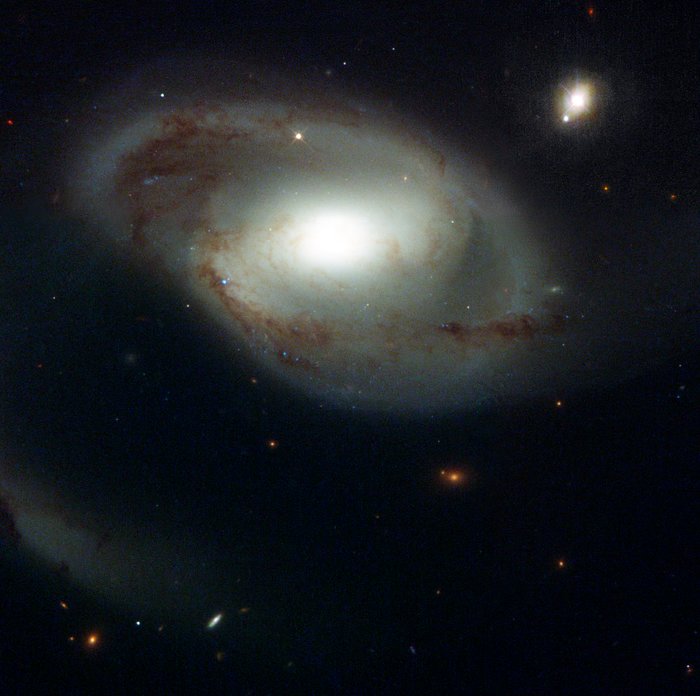 Appearances can be deceiving. In this NASA/ESA Hubble Space Telescope image, an odd celestial duo, the spiral galaxy NGC 4319 [center] and a quasar called Markarian 205 [upper right], appear to be neighbors. In reality, the two objects don't even live in the same city. They are separated by time and space. NGC 4319 is 80 million light-years from Earth. Markarian 205 (Mrk 205) is more than 14 times farther away, residing 1 billion light-years from Earth. The apparent close alignment of Mrk 205 and NGC 4319 is simply a matter of chance.