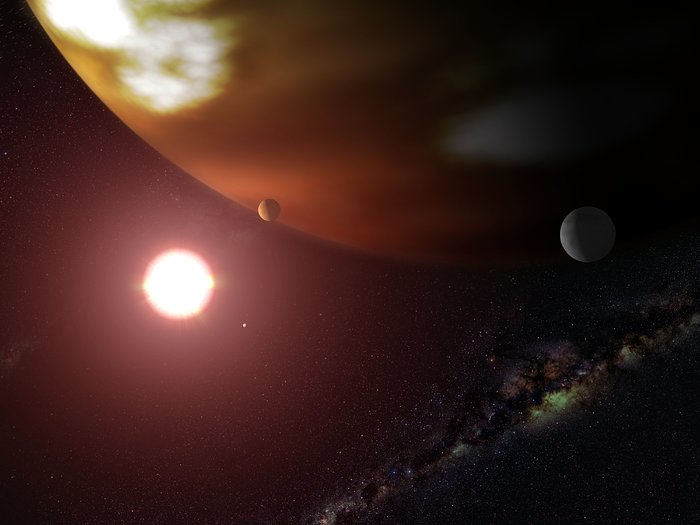 An international team of astronomers used the Hubble Space Telescope to help make a precise measurement of the mass of a planet outside our solar system. The Hubble results show that the planet is 1.89 to 2.4 times as massive as Jupiter, our solar system's largest orbiting body. Previous estimates, about which there are some uncertainties, place the planet's mass at a much wider range: between 1.9 and 100 times that of Jupiter's. The planet, called Gliese 876b, orbits the star Gliese 876. It is only the second planet outside our solar system for which astronomers have determined a precise mass.