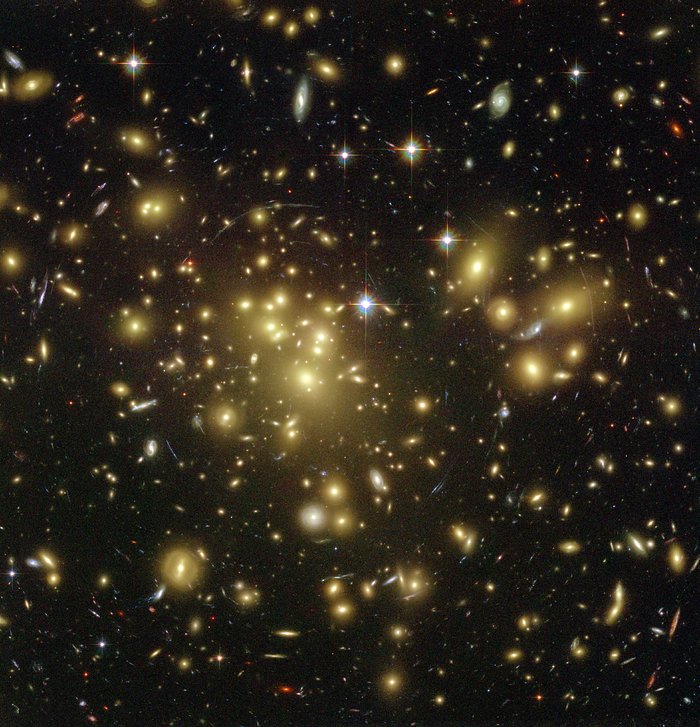 The Advanced Camera for Surveys (ACS) aboard the NASA/ESA Hubble Space Telescope has used a natural 'zoom lens' in space to boost its view of the distant universe. Besides offering an unprecedented and dramatic new view of the cosmos, the results promise to shed light on galaxy evolution and dark matter in space. Hubble peered straight through the center of one of the most massive galaxy clusters known, called Abell 1689.

For this observation, Hubble had to gaze at the distant cluster, located 2.2 billion light-years away, for more than 13 hours. The gravity of the cluster's trillion stars " plus dark matter " acts as a 2-million-light-year-wide 'lens' in space. This 'gravitational lens' bends and magnifies the light of galaxies located far behind it, distorting their shapes and creating multiple images of individual galaxies.