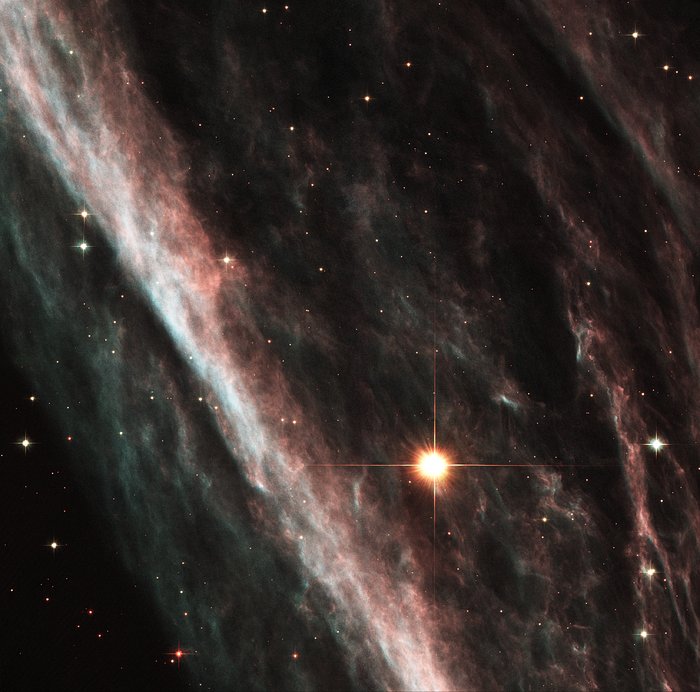 Remnants from a star that exploded thousands of years ago created a celestial abstract portrait, as captured in this NASA/ESA Hubble Space Telescope image of the Pencil Nebula.

Officially known as NGC 2736, the Pencil Nebula is part of the huge Vela supernova remnant, located in the southern constellation Vela. Discovered by Sir John Herschel in the 1840s, the nebula's linear appearance triggered its popular name. The nebula's shape suggests that it is part of the supernova shock wave that recently encountered a region of dense gas. It is this interaction that causes the nebula to glow, appearing like a rippled sheet.