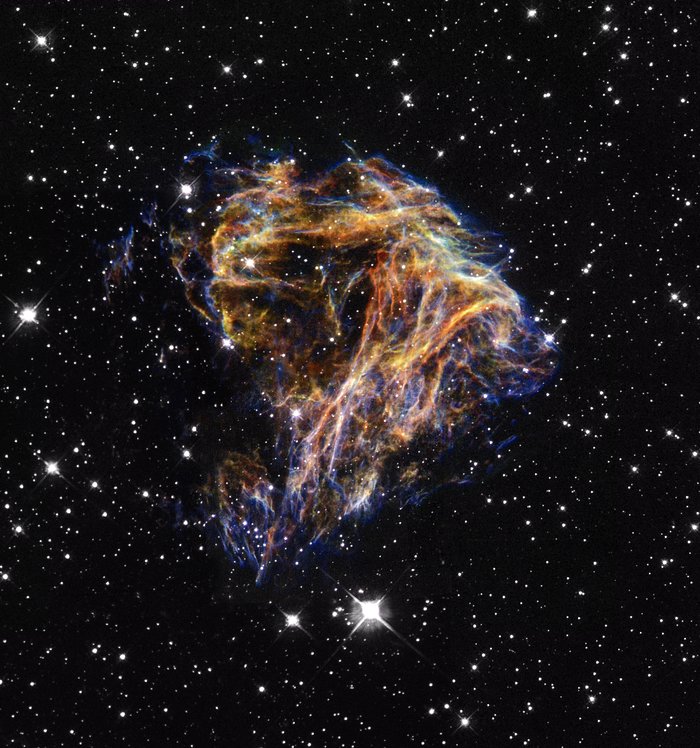 Resembling the puffs of smoke and sparks from a summer fireworksdisplay in this image from NASA/ESA Hubble Space Telescope, these delicate filaments are actually sheets of debris from a stellar explosion in a neighboring galaxy. Hubble's target was a supernova remnant within the Large Magellanic Cloud (LMC), a nearby, small companion galaxy to the Milky Way visible from the southern hemisphere.

Denoted N 49, or DEM L 190, this remnant is from a massive star that died in a supernova blast whose light would have reached Earth thousands of years ago. This filamentary material will eventually be recycled into building new generations of stars in the LMC. Our own Sun and planets are constructed from similar debris of supernovae that exploded in the Milky Way billions of years ago.