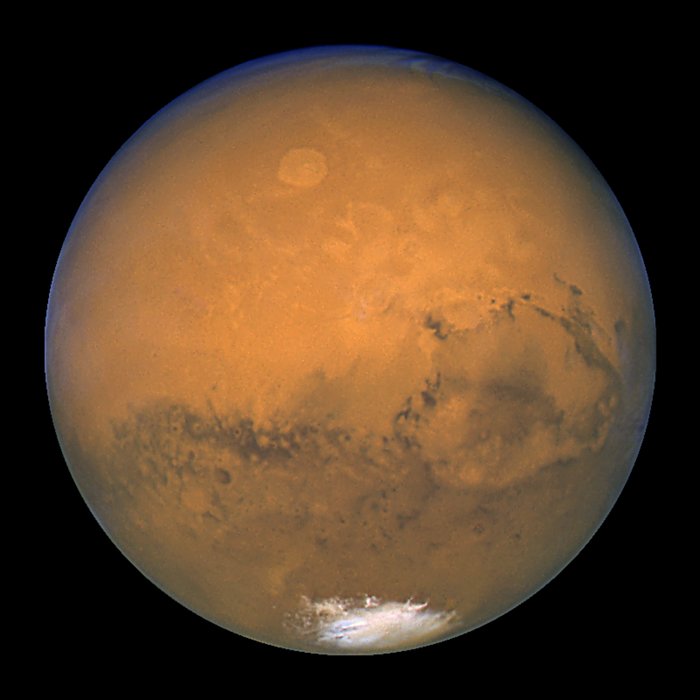 NASA/ESA Hubble Space Telescope took this close-up of the red planet Mars when it was just 55, 760, 220 km away. This colour image was assembled from a series of exposures taken between 6:20 p.m. and 7:12 p.m. EDT Aug. 26 with Hubble's Wide Field and Planetary Camera 2. The picture was taken just 11 hours before the planet made its closest approach to Earth in 60, 000 years. Many small, dark, circular impact craters can be seen, attesting to the Hubble telescope's ability to reveal fine detail on the planet's surface. One of the most striking is the 450-km diameter Huygens crater, seen near the centre of the image.