Firestorm of star birth seen in a Local Galaxy 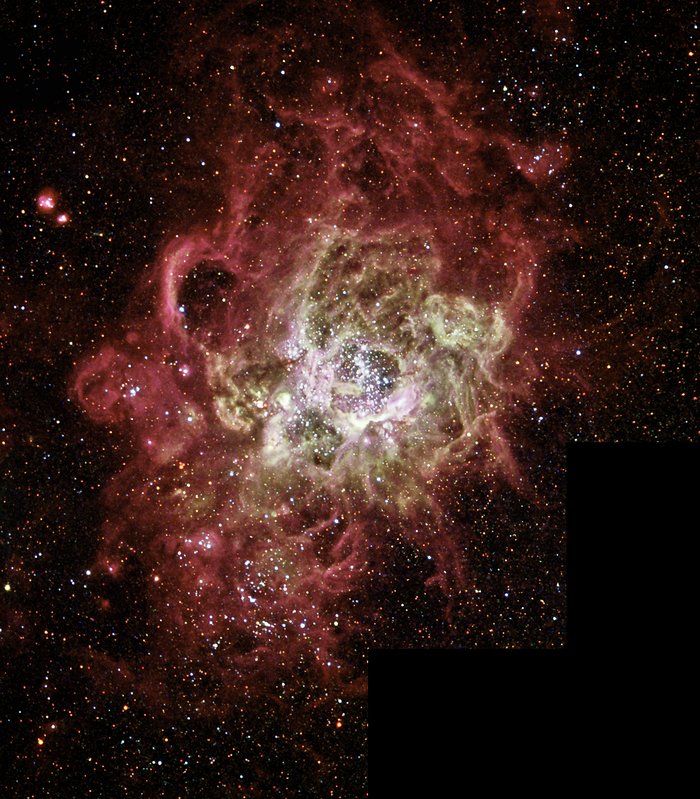 This festively colorful nebula, called NGC 604, is one of the largest known seething cauldrons of star birth in a nearby galaxy. NGC 604 is similar to familiar star-birth regions inour Milky Way galaxy, such as the Orion Nebula, but it is vastlylarger in extent and contains many more recently formed stars.

This monstrous star-birth region contains more than 200 brilliant blue stars within a cloud of glowing gases some 1,300 light-year sacross, nearly 100 times the size of the Orion Nebula. By contrast,the Orion Nebula contains just four bright central stars. The bright stars in NGC 604 are extremely young by astronomical standards, having formed a mere 3 million years ago.