An abrasive collision gives one galaxy a "black eye" 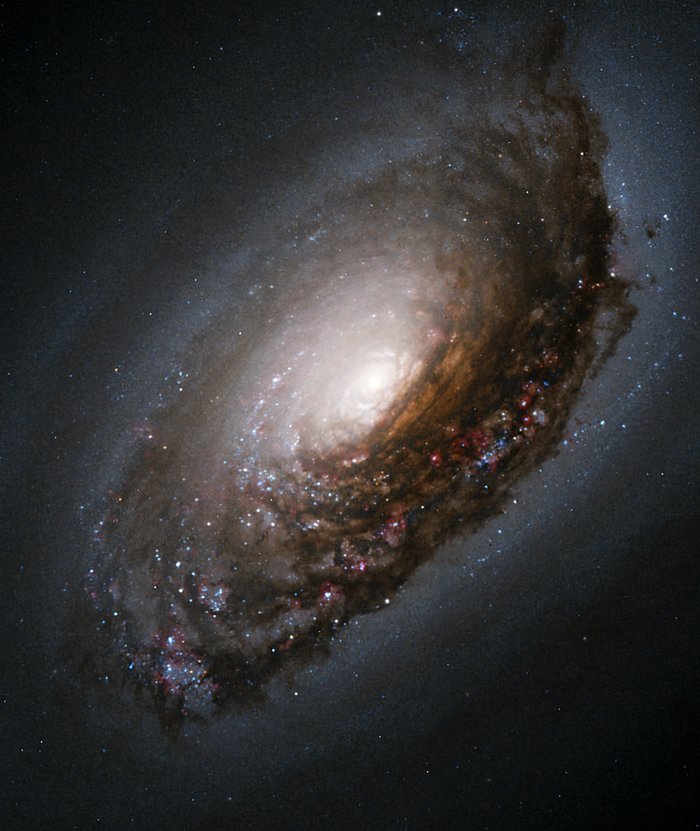 A collision of two galaxies has left a merged star system with an unusual appearance as well as bizarre internal motions. Messier 64 (M64) has a spectacular dark band of absorbing dust in front of the galaxy's bright nucleus, giving rise to its nicknames of the "Black Eye" or "Evil Eye" galaxy.

Fine details of the dark band are revealed in this image of the central portion of M64 obtained with the Hubble Space Telescope. M64 is well known among amateur astronomers because of its appearance in small telescopes. It was first cataloged in the 18th century by the French astronomer Messier. Located in the northern constellation Coma Berenices, M64 resides roughly 17 million light-years from Earth.