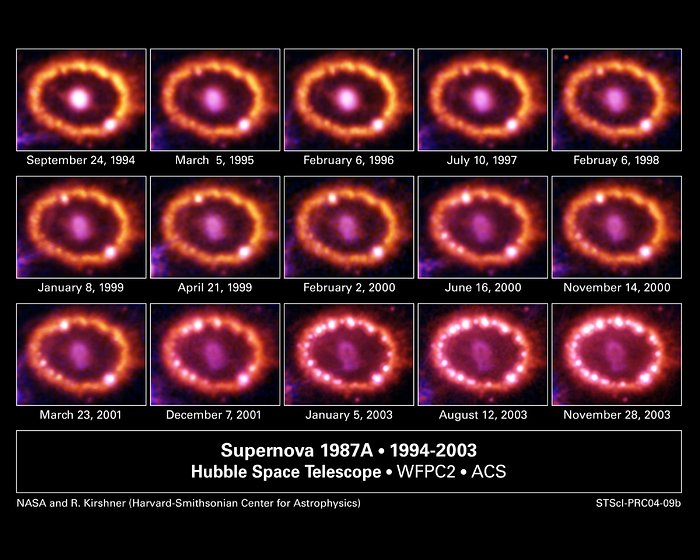 Since its launch in 1990, NASA/ESA Hubble Space Telescope has watched a celestial drama unfold at a stellar demolition site. A shock wave unleashed during a stellar explosion, called Supernova 1987A (SN 1987A), has been racing toward a ring of matter encircling the blast site. Astronomers used Hubble to monitor the ring for signs of the impending bombardment. They detected the first evidence of a collision in 1996 [the bright spot at 11 o'clock in the Feb. 6, 1998 image]. Subsequent observations show dozens more "hot spots" as the blast wave slammed into the ring, compressing and heating the gas, and making it glow.