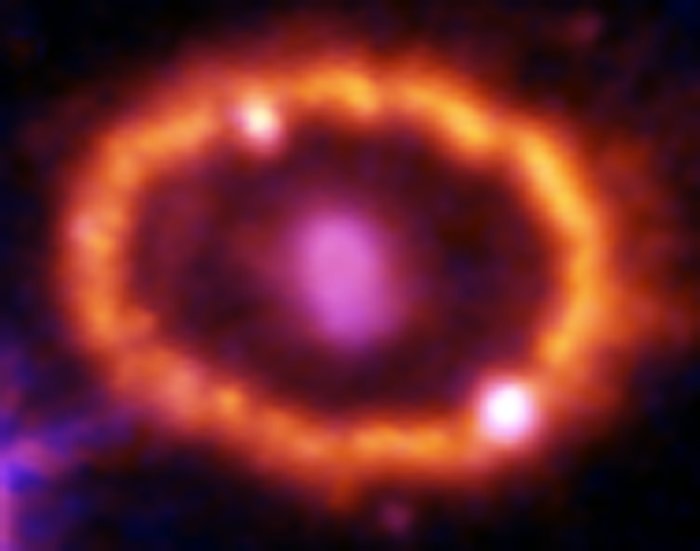 in 1987, astronomers spotted the brightest stellar explosion ever seen since the one observed by Johannes Kepler over 400 years ago. Called SN 1987A, the titanic supernova explosion blazed with the power of 100,000,000 suns for several months following its discovery on Feb. 23 of that year. Although the supernova itself is over a million times fainter than when it was first discovered, a new light show in the space surrounding it is just beginning.