The lure of the rings 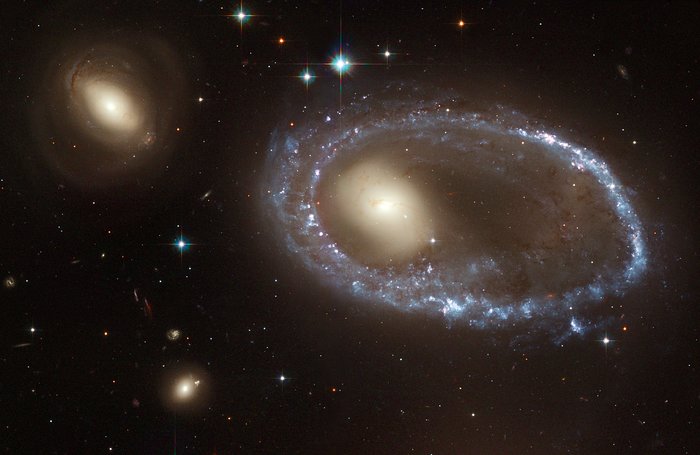 Resembling a diamond-encrusted bracelet, a ring of brilliant blue star clusters wraps around the yellowish nucleus of what was once a normal spiral galaxy in this new image from the NASA/ESA Hubble Space Telescope (HST). This image is being released to commemorate the 14th anniversary of Hubble's launch on April 24, 1990 and its deployment from the space shuttle Discovery on April 25, 1990.

The sparkling blue ring is 150,000 light-years in diameter, making it larger than our entire home galaxy, the Milky Way. The galaxy, cataloged as AM 0644-741, is a member of the class of so- called "ring galaxies." It lies 300 million light-years away in the direction of the southern constellation Dorado.