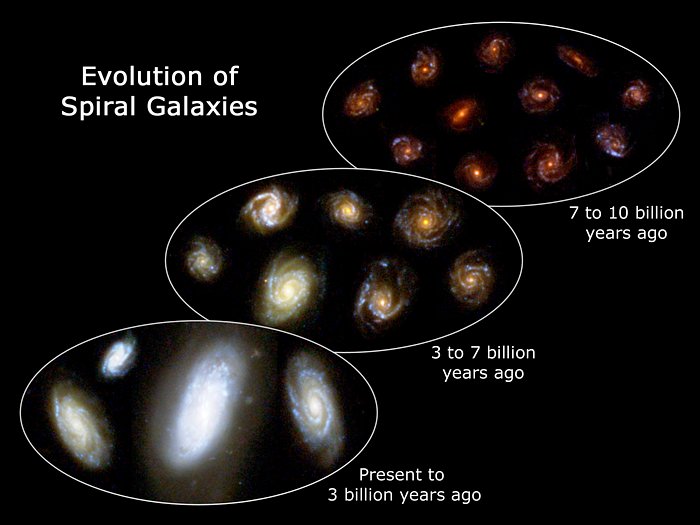 This image shows the evolution of spiral galaxies, from fully formed structures to disheveled collections of stars just beginning to form. These galaxies were captured in the Great Observatories Origins Deep Survey and are presented in the IMAX short film "Hubble: Galaxies Across Space and Time." It takes billions of years for the light of a distant galaxy to reach Earth. Consequently, we see such galaxies as they were in the past, and can thus assemble a rough pictorial history of galaxy evolution.