A bright supernova in the nearby galaxy NGC 2403 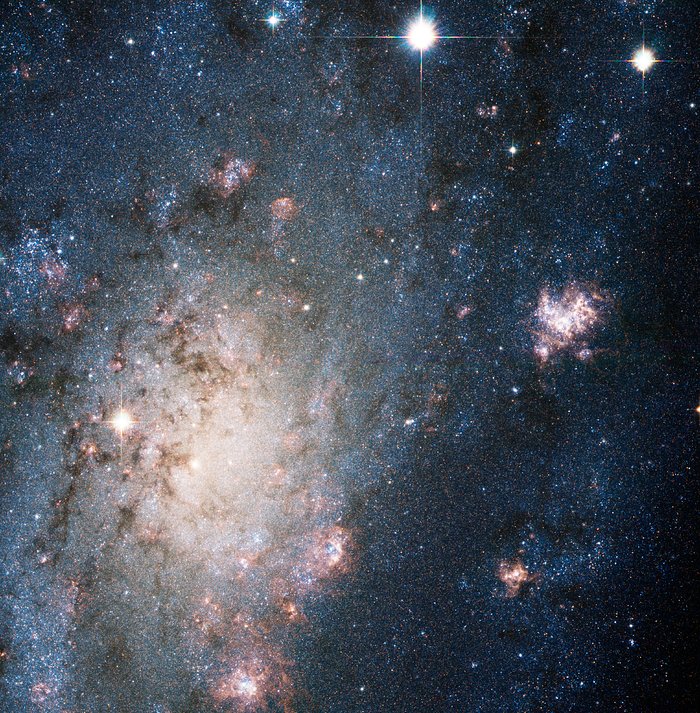 The explosion of a massive star blazes with the light of 200 million Suns in this NASA/ESA Hubble Space Telescope image. The arrow at top right points to the stellar blast, called a supernova. The supernova is so bright in this image that it easily could be mistaken for a foreground star in our Milky Way Galaxy. And yet, this supernova, called SN 2004dj, resides far beyond our galaxy. Its home is in the outskirts of NGC 2403, a galaxy located 11 million light-years from Earth. Although the supernova is far from Earth, it is the closest stellar explosion discovered in more than a decade.