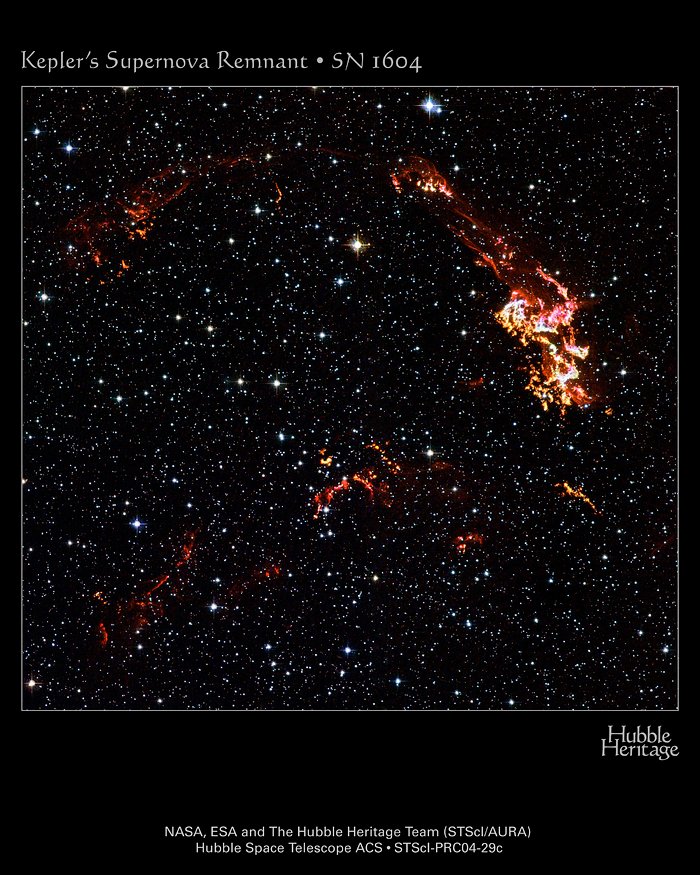 12:02:28Detailed knots and filamentary ribbons of glowing gas are apparent in this Hubble Space Telescope image of Kepler's supernova remnant. This image was taken with Hubble's Advanced Camera for Surveys (ACS) in August 2003. Filters onboard Hubble isolate visible light emitted by hydrogen, nitrogen, and oxygen in the remnant and also let through starlight from foreground and background stars.