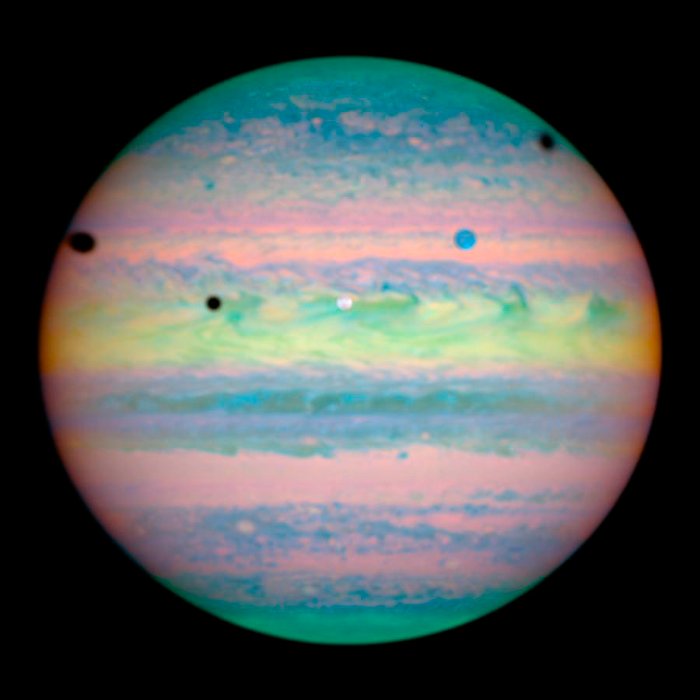 At first glance, Jupiter looks like it has a mild case of the measles. Five spots - one colored white, one blue, and three black - are scattered across the upper half of the planet. Closer inspection by NASA/ESA Hubble Space Telescope reveals that these spots are actually a rare alignment of three of Jupiter's largest moons - Io, Ganymede, and Callisto - across the planet's face. In this image, the telltale signatures of this alignment are the shadows [the three black circles] cast by the moons. Io's shadow is located just above centre and to the left; Ganymede's on the planet's left edge; and Callisto's near the right edge. Only two of the moons, however, are visible in this image. Io is the white circle in the centre of the image, and Ganymede is the blue circle at upper right. Callisto is out of the image and to the right.