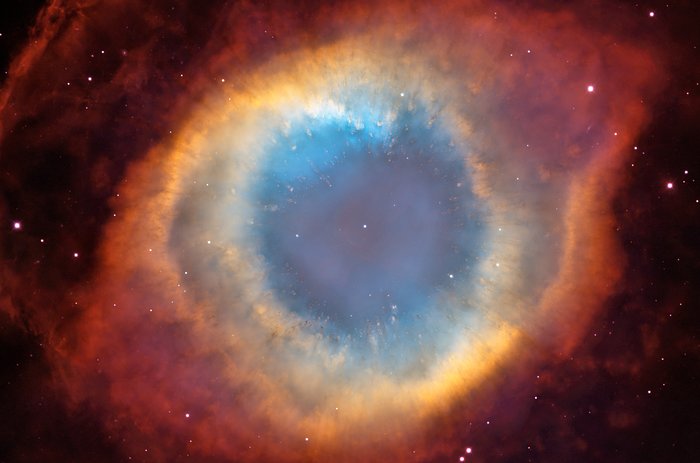 Looks can be deceiving, especially when it comes to celestial objects like galaxies and nebulas. These objects are so far away that astronomers cannot see their three-dimensional structure. The Helix Nebula, for example, resembles a doughnut in colorful images. Earlier images of this complex object, the gaseous envelope ejected by a dying, sun-like star did not allow astronomers to precisely interpret its structure. One possible interpretation was that the Helix's form resembled a snake-like coil. Observations from several observatories, including NASA's Hubble Space Telescope, established that the Helix's structure is even more perplexing. Their evidence suggests that the Helix consists of two gaseous disks nearly perpendicular to each other.