A new view of the Helix Nebula 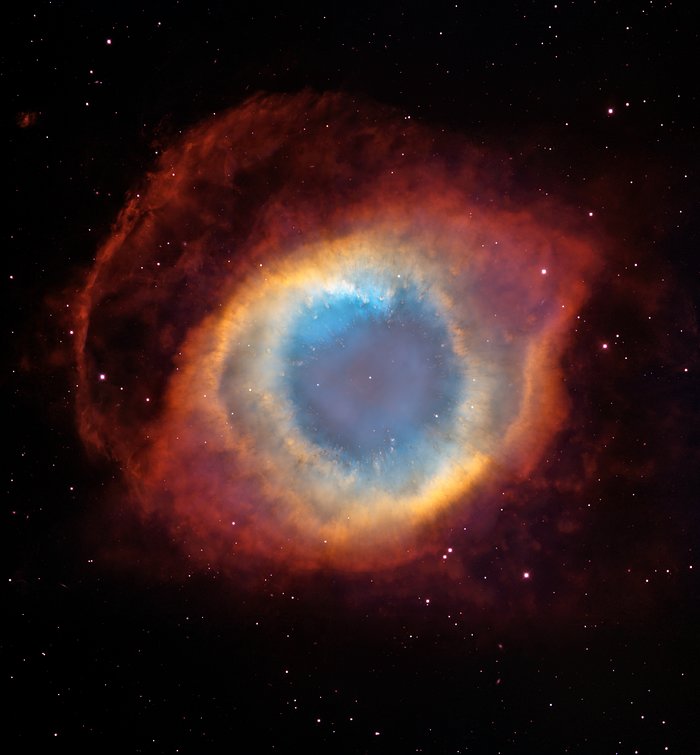 This composite image is a view of the colorful Helix Nebula taken with the Advanced Camera for Surveys aboard NASA/ESA Hubble Space Telescope and the Mosaic II Camera on the 4-meter telescope at Cerro Tololo Inter-American Observatory in Chile. The object is so large that both telescopes were needed to capture a complete view. The Helix is a planetary nebula, the glowing gaseous envelope expelled by a dying, sun-like star. The Helix resembles a simple doughnut as seen from Earth. But looks can be deceiving. New evidence suggests that the Helix consists of two gaseous disks nearly perpendicular to each other.