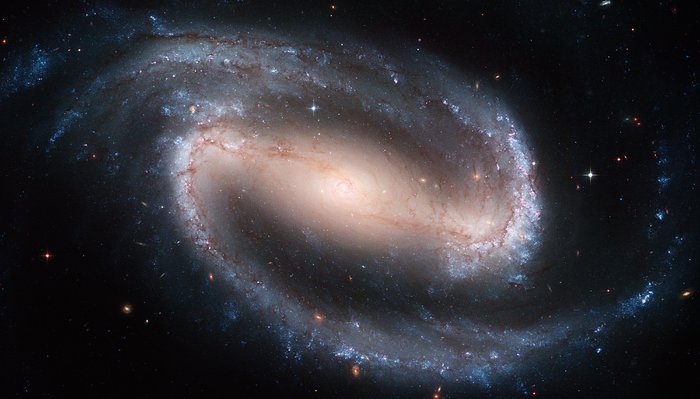 One of the largest Hubble Space Telescope images ever made of a complete galaxy is being unveiled today at the American Astronomical Society meeting in San Diego, Calif.

The Hubble telescope captured a display of starlight, glowing gas, and silhouetted dark clouds of interstellar dust in this 4-foot-by-8-foot image of the barred spiral galaxy NGC 1300. NGC 1300 is considered to be prototypical of barred spiral galaxies. Barred spirals differ from normal spiral galaxies in that the arms of the galaxy do not spiral all the way into the center, but are connected to the two ends of a straight bar of stars containing the nucleus at its center.