A Comparison of Star Sizes 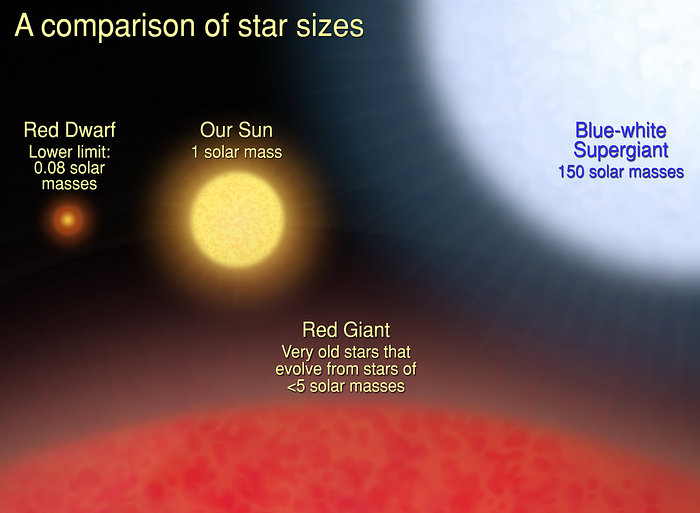 This illustration compares the different masses of stars. The lightest-weight stars are red dwarfs. They can be as small as one-twelfth the mass of our Sun. The heaviest-weight stars are blue-white super giants. They may get as large as 150 solar masses. Our Sun is between the lightweight and heavyweight stars. The red giant star at the bottom of the graphic is much larger than the other stars in the illustration. Its mass, however, can range from a fraction of the Sun's mass to a few solar masses. A red giant is a bloated star near the end of its life. In this brief phase, a star's diameter expands to several times its normal girth.

NASA, ESA and A. Feild (STScI