Debris Ring around a star 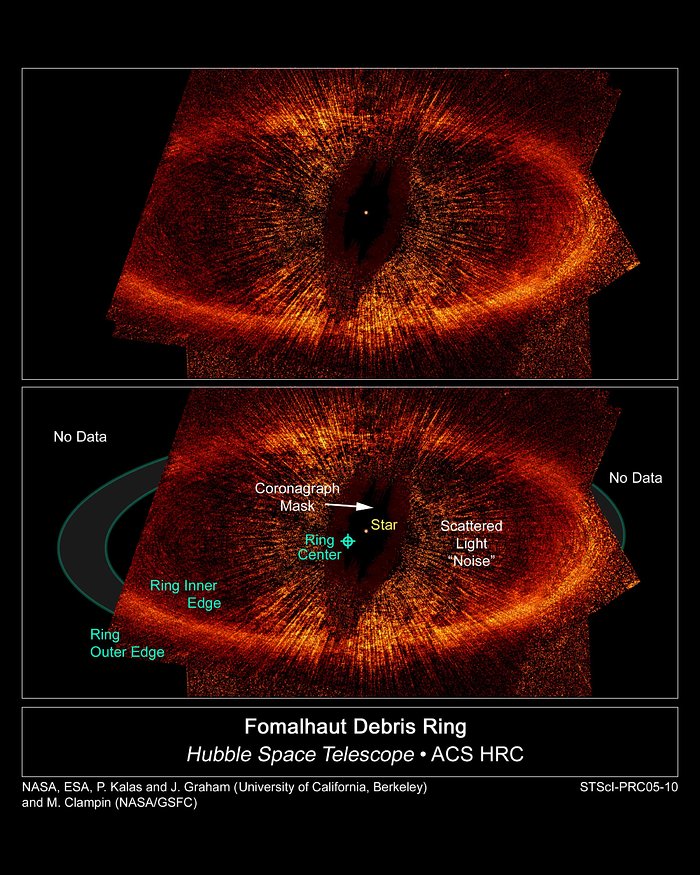 The top view, taken by NASA/ESA Hubble Space Telescope, is the first visible-light image of a dust ring around the nearby, bright young star Fomalhaut (HD 216956). The image offers the strongest evidence yet that an unruly planet may be tugging on the dusty belt. Part of the ring [at left] is outside the telescope's view. The ring is tilted obliquely to our line of sight.

The center of the ring is about 1.4 billion miles (15 astronomical units) away from the star. The dot near the ring's center marks the star's location. Astronomers believe that an unseen planet moving in an elliptical orbit is reshaping the ring.

The view at bottom points out important features in the image, such as the ring's inner and outer edges. Astronomers used the Advanced Camera for Surveys' (ACS) coronagraph aboard Hubble to block out the light from the bright star so they could see the faint ring. Despite the coronagraph, some light from the star is still visible in this image, as can be seen in the wagon wheel-like spokes that form an inner ring around Fomalhaut [labeled "scattered light 'noise'"].