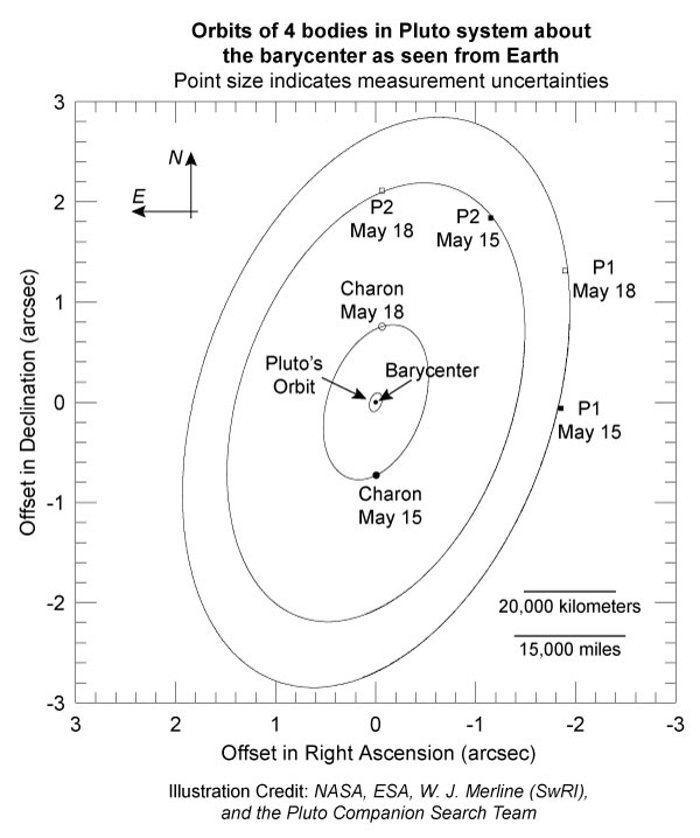 Although a full orbital solution for the satellites cannot be determined from only two Hubble measurements, it turns that their paths closely follow that expected for objects orbiting the Pluto system's barycenter in a perfect circle in the same plane as Charon's orbit. In this diagram, the barycenter is the dot in the center, Pluto's orbit is the smallest ellipse, Charon's orbit is the next ellipse (its position on May 15 and May 18 are indicated by the filled and open circles, respectively), an orbit that is consistent with P2's measured positions is next, followed by an orbit that is consistent with P1's measured positions. For both of the latter cases, the filled squares are positions on May 15 and open squares are positions on May 18. Note that projection effects cause these circular orbits to look elliptical on the plane of the sky.