A gallery of Einstein rings 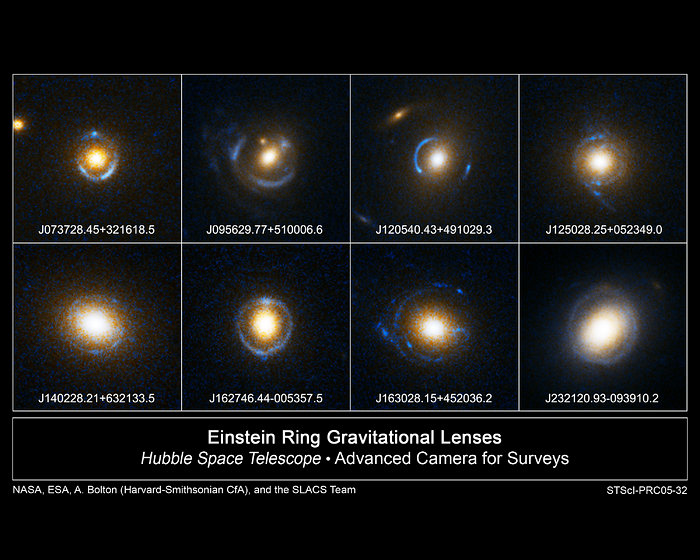 The thin blue bull's-eye patterns in these eight Hubble Space Telescope images appear like neon signs floating over reddish-white blobs. The blobs are giant elliptical galaxies roughly 2 to 4 billion light-years away. The bull's-eye patterns are created as the light from galaxies twice as far away is distorted into circular shapes by the gravity of the giant elliptical galaxies. This phenomenon is called Gravitational Lensing, first predicted by Albert Einstein almost a century ago. Gravitational Lensing occurs when the gravitational field from a massive object warps space and deflects light from a distant object behind it.