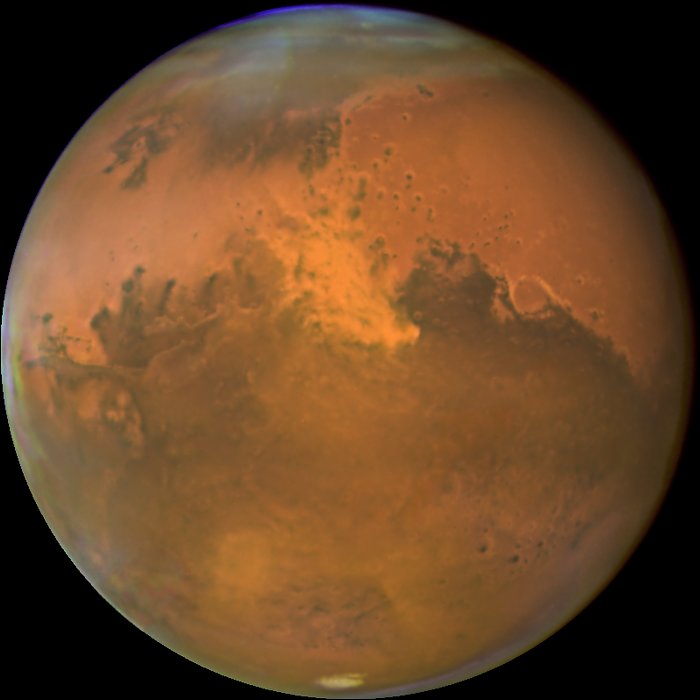 The NASA/ESA Hubble Space Telescope snapped this picture of Mars on October 28, within a day of its closest approach to Earth on the night of October 29. Hubble astronomers were also excited to have captured a regional dust storm on Mars that has been growing and evolving over the past few weeks.