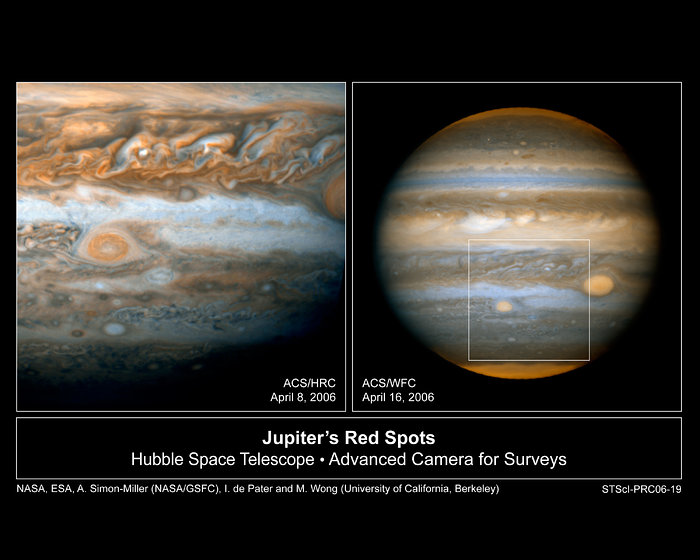 The NASA/ESA Hubble Space Telescope is giving astronomers their most detailed view yet of a second red spot emerging on Jupiter. For the first time in history, astronomers have witnessed the birth of a new red spot on the giant planet, which is located half a billion miles away (about 800 thousand kilometres). The storm is roughly one-half the diameter of its bigger and legendary cousin, the Great Red Spot. Researchers suggest that the new spot may be related to a possible major climate change in Jupiter's atmosphere.

NASA, ESA, A. Simon-Miller (NASA/GSFC), and I. de Pater (University of California Berkeley)