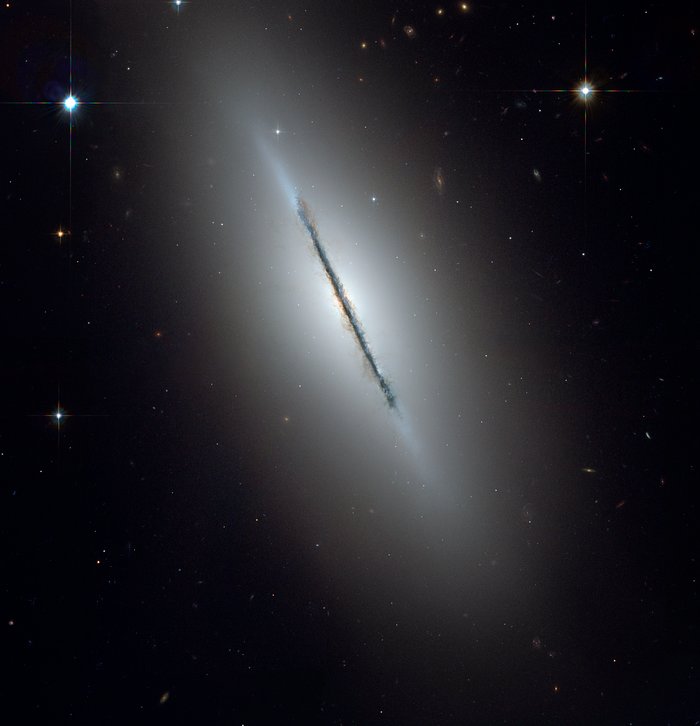 NGC 5866 is an edge-on galaxy that is tilted to our line-of-sight. It is classified as an S0 lenticular, due to its flat stellar disk and large ellipsoidal bulge. NGC 5866 lies in the Northern constellation Draco, at a distance of 44 million light-years (13.5 Megaparsecs). It has a diameter of roughly 60,000 light-years (18,400 parsecs). This Hubble image of NGC 5866 is a combination of blue, green and red observations taken with the Hubble Telescope's Advanced Camera for Surveys in November 2005.