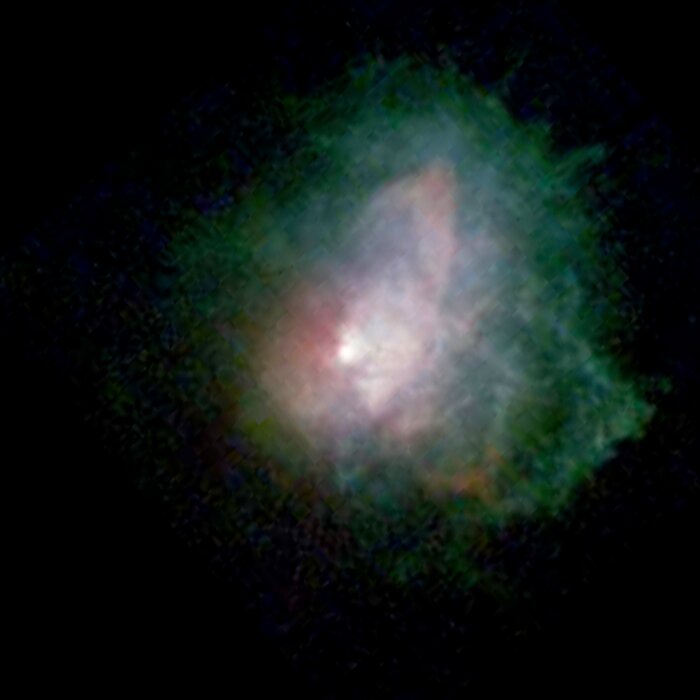 Using NASA's Hubble Space Telescope and the W.M. Keck Observatory, Kameula, Hawaii, astronomers have learned that the gaseous outflow from one of the brightest super-sized stars in the sky is more complex than originally thought.

The outbursts are from VY Canis Majoris, a red supergiant star that is also classified as a hypergiant because of its very high luminosity. The eruptions have formed loops, arcs, and knots of material moving at various speeds and in many different directions. The star has had many outbursts over the past 1,000 years as it nears the end of its life.