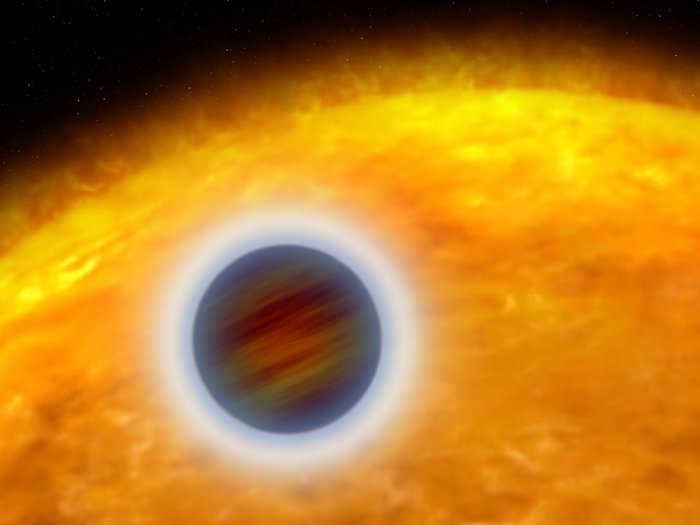 This artist's illustration shows an extrasolar planet orbiting very close to its host star. The planet designated HD 209458b, is about the size of Jupiter. Unlike Jupiter, the planet is so hot that its atmosphere is "puffed up." Starlight is heating the planet's atmosphere, causing hot gas to escape into space, like steam rising from a boiler.